Hello Maryn, please introduce yourself briefly to the readers. Where are you from, what do you do for a living and which team of the CST are you a member of?

I work as an electrical engineer in Munich. So, it was kind of nearby to work in the technical department as a scripter.

Work can be hard for a 2 meter guy, a height adjustable desk helps him.

How did you join the CST and since when are you a team member?

As a huge Gothic fan, I stumbled over the thread at the World-of-Gothic-forum and I thought: “This project is genius, but it would be even better to be working on it.” So, I applied and am a team member since the fall of 2010. Nearly all of my years as a student I was on the project and now I stay loyal to it as a young professional. The CSP was always a welcome change to the more theoretical environment in class.

Which experiences did you gather in the modding area?

At the beginning, I only did dialogue implementation. But this quickly became too boring so I familiarized myself with world data modding. At that time, this was a tiring process but it was worth it. Nowadays we have a lot of tools that simplify the job, so that both the training and the work itself are much easier.

Could you tell us what you are currently working on?

That’s difficult without spoiling too much in advance. Lately I put a lot of work into the city concepts and the pirates. In addition to that, there are some organizational duties like defining an assignment for a small graphical project inside the CSP. This assignment goes out to an artist and the result will enormously enhance the look as well as the atmosphere of a very special place in Gothic 3. 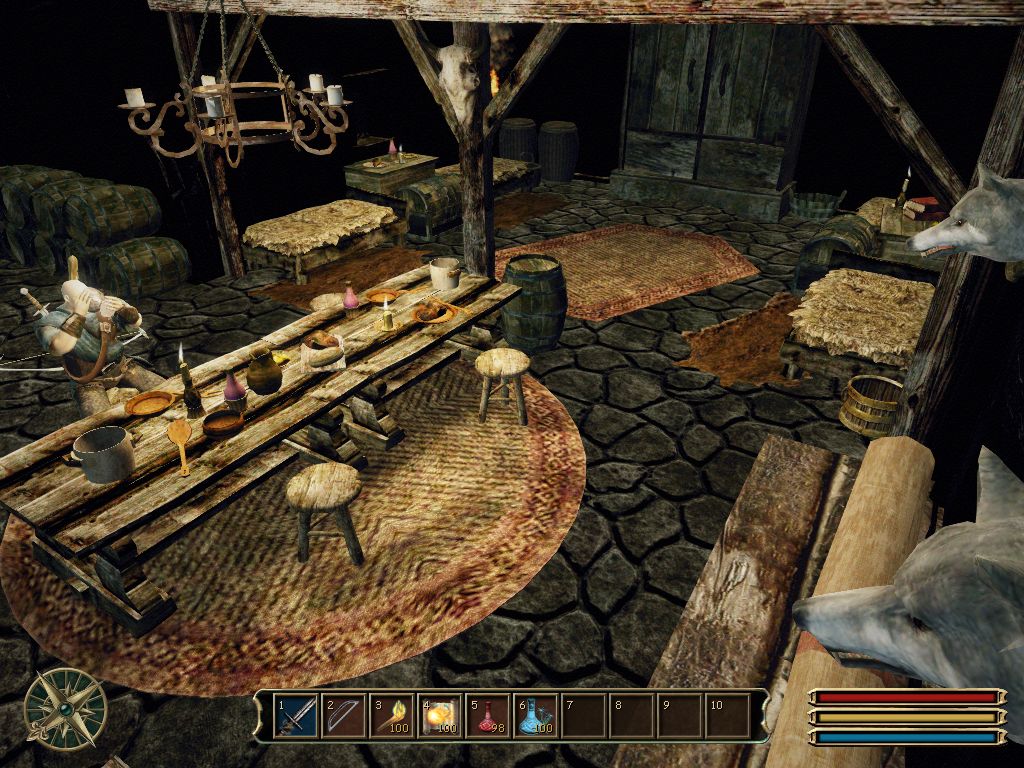 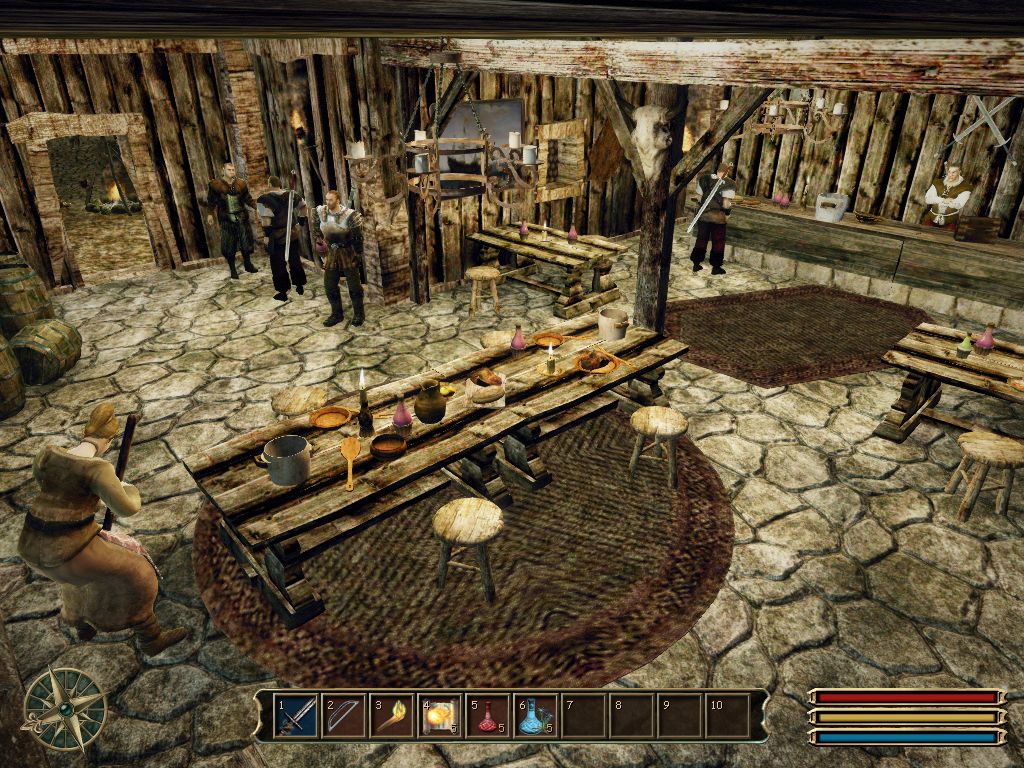 … and that’s how amazing it will look like in the CSP.

What does the work in your “department” look like in general? How do we have to imagine its part of the development process?

We get documents created by the story department which task us with the dialogues and the changing of world data in certain areas or cities. Each one of us marks what he wants to implement and then executes it, step by step. Sometimes we realize that some things are not possible or that we have to pull something out of our magic bag. Often, we scripters also make suggestions for changes and improvements that are discussed with the story department and implemented when approved.

What should someone bring along for contributing in your “department”.

In any case he should have a liking for numbers. Information scientists and similar people certainly have an advantage here. Downright essential is also a proper dose of endurance and self-motivation as there is a lot of routine work to do. A hint of creativity and keen sense of the atmosphere is important when it comes to the object placement in the world. In Addition to that, you need the willingness to regularly put time and passion in such a project for the long-term. But you can pace yourself, the private life always comes first in our team.

How much time do you invest in the project at the moment and how much did you supply in total?

As I’m now in the working life I don’t have as much free time as I used to have as a student with long semester breaks. As an employed person, you have to organize your time better and it is easier to do some small “CSP-bites” per day. In the past there were quite a few weekends and a lot of long nights that went into the CSP.

Which tools do help you with your tasks?

For a long time, there was no way around hex editors. But in the meantime, our scripters wrote some programs, that simplify the work on world data and the implementation of dialogues and quests a lot. Those are additional examples of programs that were written by us just for this project. In addition to that some external search programs are quite handy when it comes to filtering information quickly. Also picture editing software and 3d-programms like Blender are used. 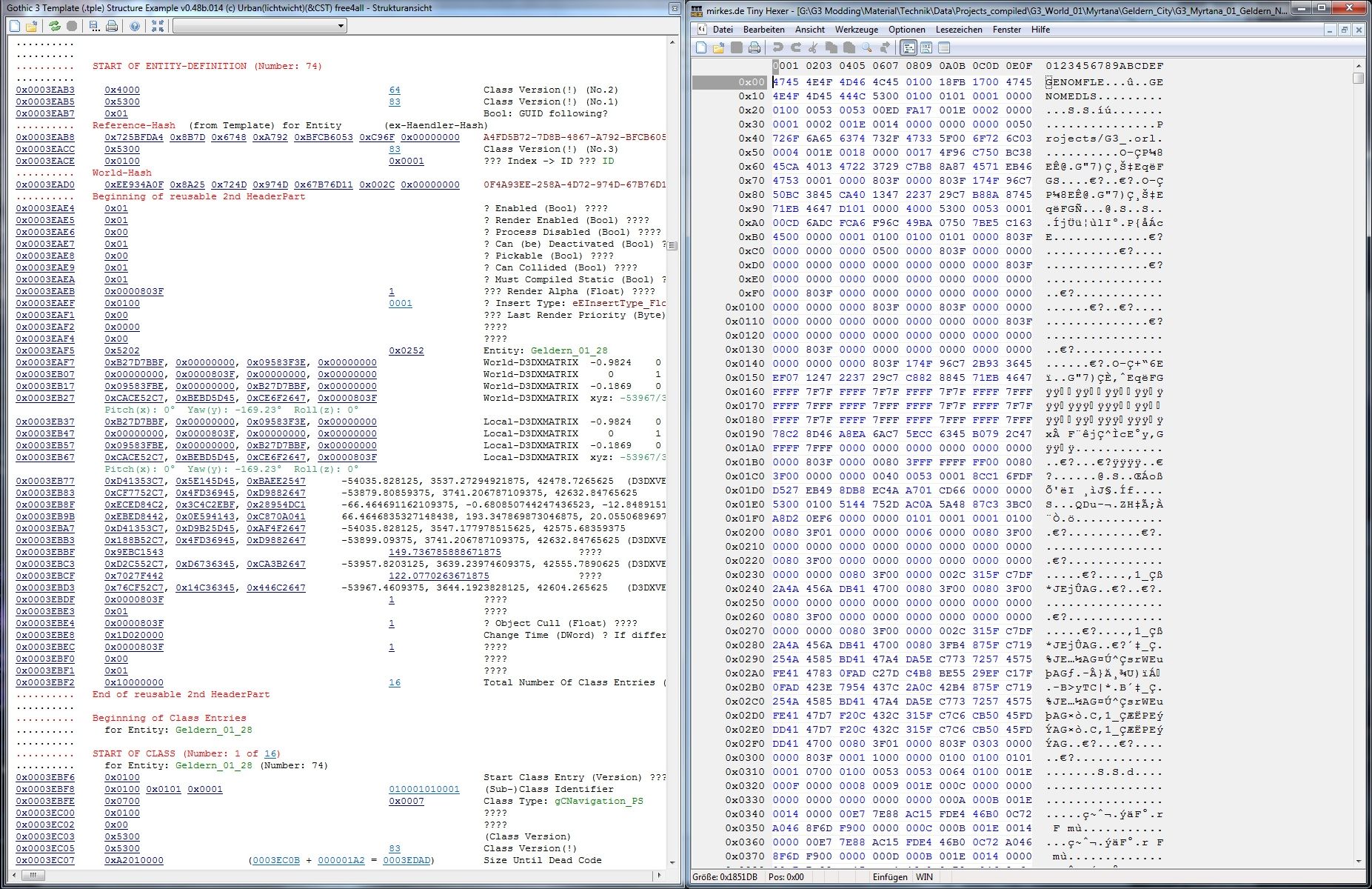 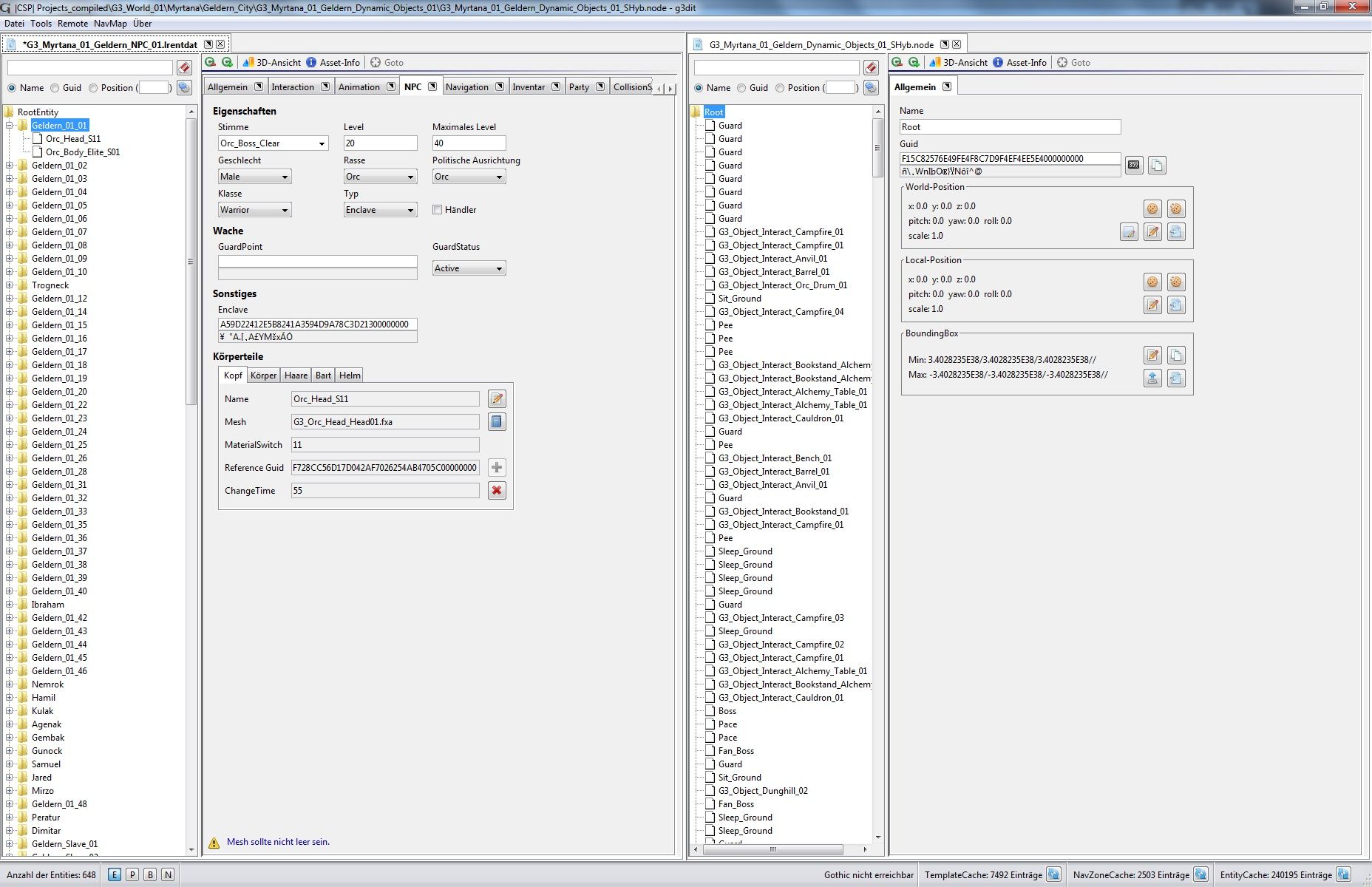 … now development is much easier since they use g3dit, a tool developed by a member of our team: George.

What has been the biggest challenge during the development for you, yet?

There have been times when almost insuperable loads of work lay in front of us. At the same time, there was a drought in implementation because none of the team members had time to do the work. In such a situation, you start questioning yourself. But at the moment we aren’t in such a phase anymore and the work is advancing quite well.

Considering the years of development, it’s obvious that the CSP could be called a mammoth project. Did the team overreach itself?

Sure, the CSP is a mammoth project but you have to consider the state of the game when it was left to us. Also, there are no official modding tools for Gothic 3, like there are for other games like for example the games of the Elder Scrolls series.

Rather than saying the team overreached itself, I’d say the team is a little bit too ambitious. One thing you can say for sure is that the team is quite small for such a big project and so things take time.

If we had had better tools sooner, we would have been able to progress faster. And if we had more capable storywriters, things would speed up, too. But the truth is that the orientation in the story department is even more difficult than for example in the technical area, and it’s also harder to find suitable people for the job.

What is the biggest strength of the CSP? What does it make special?

The CSP will develop Gothic 3 to a whole new game. To make it a bit more concrete: While reading a document from our story department, I sometimes simply forget to work on the implementation, because I’m so fascinated by the quality of the dialogues and the innovations that I rather keep reading the document. Most often I already have the dialogues in my ears – with the voices of the original voice talents. Our modification will catch the feeling of the predecessors very well, especially if you consider that it’s “only” a fan project.

What is in your opinion the biggest difference between the CSP and other Mod projects?

First of all, there is the immense size and the fact that we “complete” and condense a strictly speaking unfinished or atmospherically empty game, rather than creating something new. Many of the other projects are so called “total conversions” in which even the underlying map of the world is changed.

Is there something in the alterations in the CSP that you like particularly, not considering if it was implemented by you or a different team member?

I think the most important point is the increase in general atmosphere, and we are very successful in doing this through the numerous city concepts and the compaction of the world. In addition to that there are the great new technical possibilities, some of which were already presented in our specials.

What is the motivation for the team to continue its work after so many years of development?

The great thing about the CSP is the endurance of the people and their commitment to the project. Also, the afore mentioned self-developed tools gave the CSP quite a push. Over and over we are bringing good new ideas and technical possibilities into the game, that gives a lot of motivation, too.

And last but not least you stay loyal to the CSP because you want to reap the benefits of your own work and bring the project to a successful end.

What is your personal motivation? What goals do you have for yourself considering the CSP?

The basic fault of Gothic 3 is the lack of content in the game world – and that’s what we are responsible for now. The thing must get finished. On the one hand, we owe it to the series and the fans and on the other hand I want to play the finished game, too. Gothic 3 shall be a worthy finale for the Gothic series. And as I posted to the WoG-forum some time ago: Surrendering – now that we have put so much work into the project – isn’t an option anymore. Then everything would have been for the birds.

Is there one of your contributions to the project you’re particularly fond of?

At first there were the new NPCs, then I accomplished more difficult tasks and created a small new camp. But the high point is the in-game depiction of a ghost, although I had to take a little help by another scripter for that.

What is it that fascinates you concerning the Gothic games?

Something that is also true for the Risen games and in my opinion, is Piranha Byte’s biggest strength: The natural depiction of the in-game world – in my opinion no other developer was able to achieve this so well. Also, there are the deadpan humor, emotional and lively characters and the pleasant unexceptional and colloquial dialogues with the certain something.

Of course, the nameless hero himself, but as probably everyone is saying this I call Talbin, the hunter from the valley of the mines in Gothic 2.

I’m a very big fan of archery in the Gothic world.

A huge Gothic fan gives you 500,000€ to implement one feature of your choosing. Which one do you choose?

Of course, the voice output with the original voice talents

Will the CSP ever be finished?

Concerning that I can only advice patience. We are working very hard to finish the CSP. At the moment, the progress is very good, but we have still a long way to go. We work continuously on the project respecting work and private life – Slowly but surely wins the race. Until then there are enough other games, or even better, the real world, where you can spend your time.