How is it, this CSP?

Many years of development have passed and there’s still no sign of the finishing line. But how does the CSP feel? Will it bring to you the improvements that were promised? We invited an independent author to test it. Here are his uncut impressions of the first chapter.

They say anticipation is the best kind of pleasure. This is how it was with Gothic 3. I couldn’t sleep for some days prior to the release and was just tossing and turning in my bed or starting nightly Gothic 2 games just to lessen the excitement. But the anticipation passed as quickly as it came when I saw the result on my screen. A lot of bugs, like damaged save files, a red world and sudden crashes killed every last bit of fun immediately so that I decided to forget about that game. Six years later the numerous Community Patches convinced me to try again and I was pleasantly surprised because Gothic 3 was quite playable. But one problem remained. The main story was still quite incoherentand nothing surprising happened. Also, in relation to some more compact quests it’s quite long-winded. In the beginning of 2015 I discovered the Community Story Project (CSP) modification that had the aim to tackle the thin main story. The development is going on for some years now and I’m going to test whether this efforts were in vain or not by making a short test of the first chapter. The final game will consist of 6 chapters.

Like in the original game the story starts with the nameless hero fighting the Orcs in Ardea. And this is when the first change of the CSP is visible. The hero now wears his prominent pony tail. A beautiful idea that is a great example for the love to details which brings the old Gothic-feeling back to life. But Ardea also changed. There are far more inhabitants and some of them are even females. This gives the whole scenery a lot more believability. In addition to that old audio files from Gothic 2 are used and so the atmosphere is a lot denser than in the original game. With a new pub Ardea also gives the player some encouragement to return later on in the game.

To start the new main quest you have to find Lester. After that the player is taken to Reddock by Gorn. Noteworthy is the new traditional division in chapters for example the first one “A new order”. One problem of the modification shows itself at this point, too. You have to “work through” the dialogues step by step. Not doing so will result in the new main quest not being started. This was also a problem in the main game but the CSP should give you more clues in that direction. I should also mention that old Gothic 3 habits might give you some troubles when playing the CSP and its whole bunch of new stuff. For example you shouldn’t go and kill the Orcish patrols after freeing Ardea like you used to do in the main game almost automatically.

Having arrived in Reddock the player meets new characters as well as old ones with modified and extended dialogue options. One example is Marlo who tells me that Reddock used to be a smuggler’s den before the war and the chief of the smugglers was named Antonius Reddock. The player also meets the fire mage Sebastian. A character that played a very small role in the original game but is elementary to the main plot in the CSP. For example he sends the nameless hero to Cape Dun to make some investigations about a magic item.

The inhabitants of the coastal area were also revised and tell the player a lot more about the background story and for example about the famous cape crabs and cider from Cape Dun who used to be well known and liked in all parts of Myrtana. Right at the beginning of the village Gamal introduces the player to the wold of the assassins and questions the, till then through all parts of Gothic unquestionable, truth that Innos is the good one and Beliar is the bad one – a point that should return during the whole game. The conflict between the rebels and the Orcs is also in the focus but the game refuses to use black and white images as well as concepts of enemies and shows the whole ambivalence of this conflict.

Like in the original game you have to get Wenzel’s items from Urkrass. At this point a bug occurs which reveals itself in the form of a missing dialogue option. By using a cheat we could circumvent the problem and we got Wenzel’s items. Once you bring him his stuff he asks you to bring the chalice to Sebastian which leads to a whole bunch of quests that will lead the player ultimately to Montera. 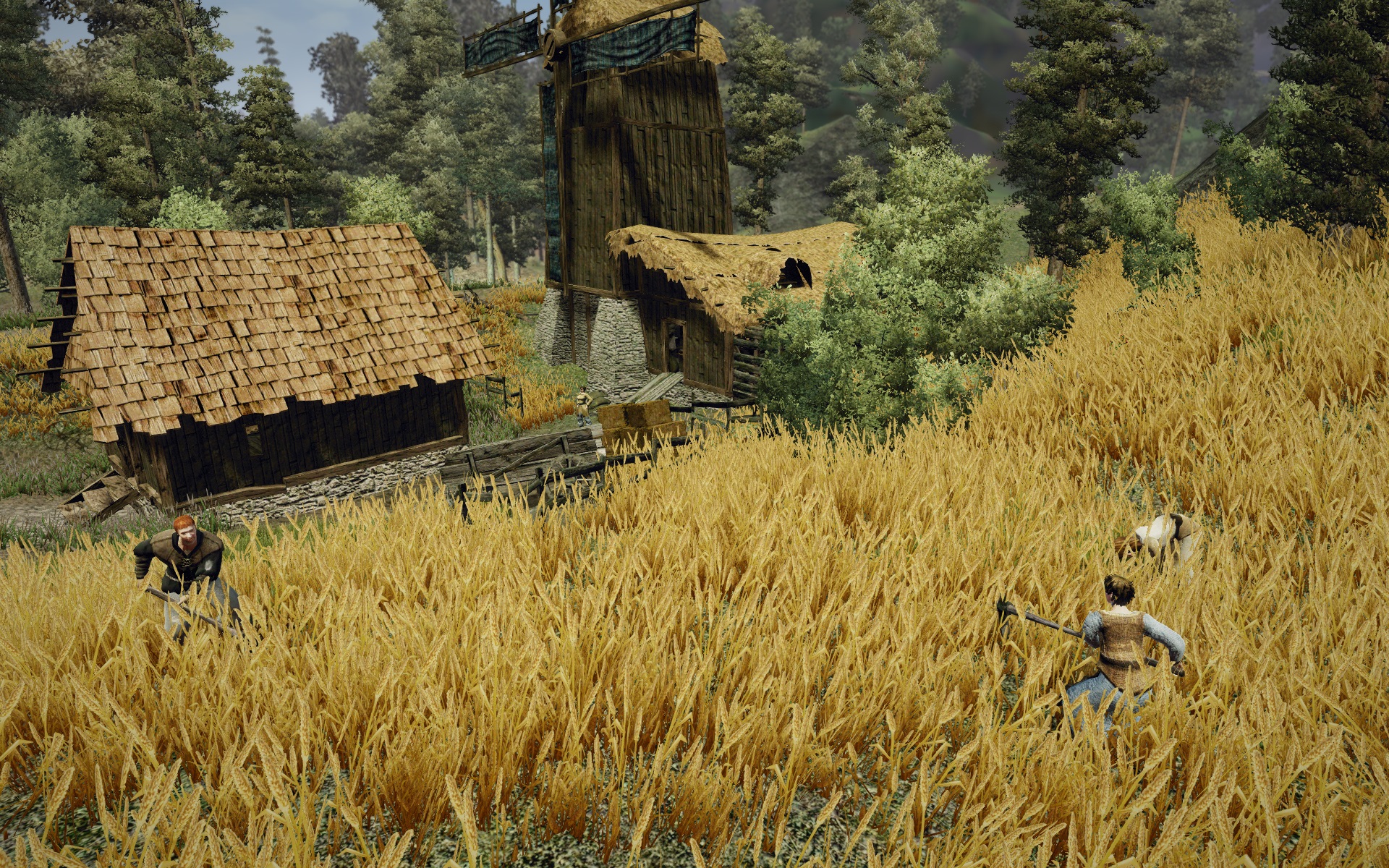 There numerous changes await the player. The most obvious is the brothel next to the arena. The existing building was redecorated with a lot of new and very detailed equipment. Quirky characters like Bertha and Charlotte are a good addition. Some points are redacted for the stereotype dialogues which are an exception to the very good dialogues in the rest of the mod. According to the developers you’ll also meet strong women during your journey. But you can’t blame the developers for a men-ruled world. The gender roles were divided quite clearly in the Middle Ages and these are the role models for the Gothic series. Additional new characters in Montera are the black mage Aram with a new armor and two persons that are clearly based on “Fear and Loathing in Las Vegas” with the typical dialogues: “Have you seen the patron’s eyes? I tell you, he lied to us!” After numerous surprises the main story leads you to Nordmar where the second chapter takes place. 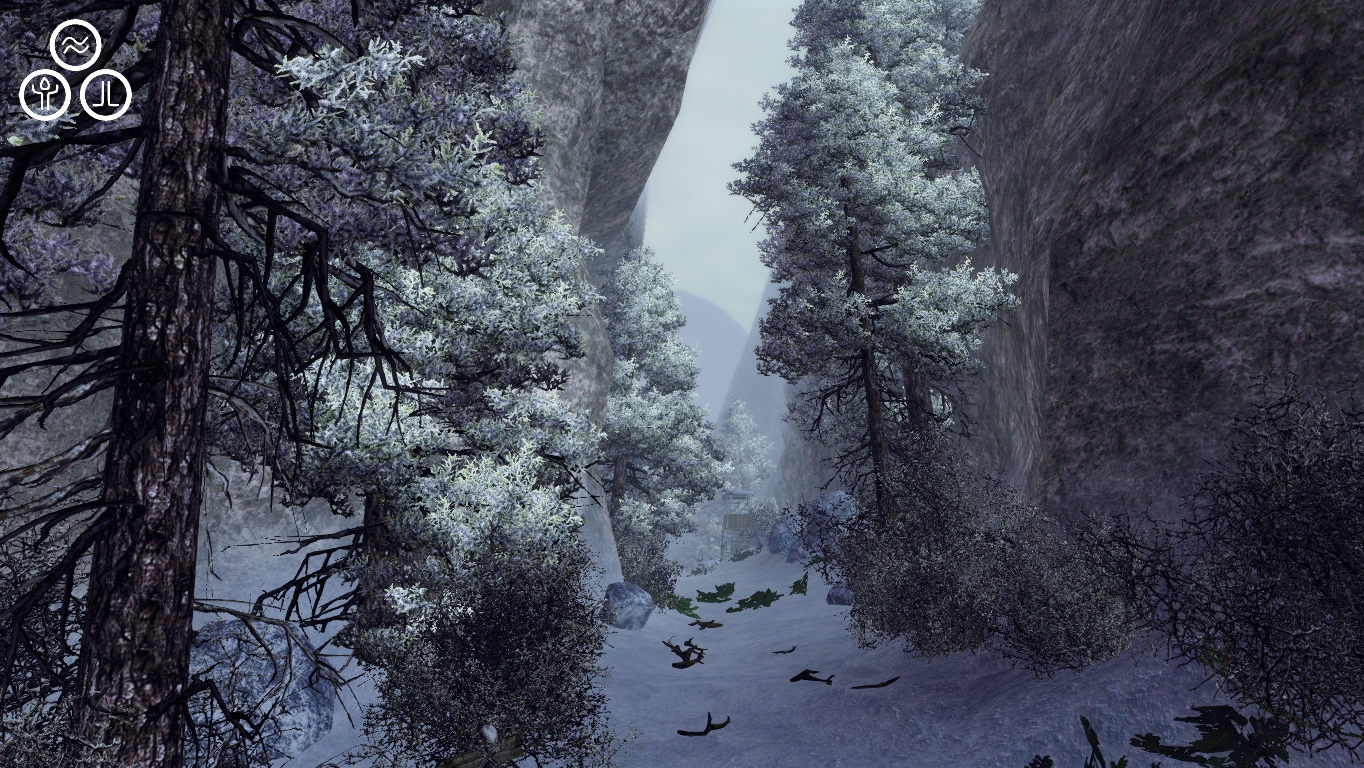 The mentioned changes concerning the game world, the characters and the dialogues make it very clear that the CSP makes huge changes to the original game. While the community patches focussed on the bugs, the game mechanics and some comfort functions the CSP targets the last remaining weakness if the game: the main story. The new parts of the game feel “right” from the beginning and fit into the game seamlessly. The additional buildings, like the brothel in Montera raise the atmosphere level even more. In general you feel like in the original two Gothic games, the typical Gothic feeling was captured very well. You can see how much the developers put in the game by looking at the division of the game in different chapters, handwritten diary entries, and the mention of different player achievements by some NPCs.

There are a few things in this modification however that aren’t so pretty. First of all there are some bugs and inadequateness in the game design. One example is the bumpy start with its trigger events that need to be activated in just the right sequence to start the new main quest. The sequence seems a little bit odd and arbitrary at some points so that the player can get stuck quite easily. An even bigger problem is that one quest could only be solved by using cheats. All in all the modification seems unfinished. For example some dialogues end in the middle or some dialogue options do not disappear. In Addition to that after the second chapter there is a text box that tells us that the first chapter just has started, so the confusion was big because it was unclear if all the quests and achievements had been reset to. But you should take into consideration that the CSP hasn’t even reached the Alpha status and those mistakes can be fixed easily.

The CSP is a big challenge for all of the developers. The approach and the basic Ideas are noteworthy and have a huge volume. At the time of this test there were 216 new quests, characters and buildings. Also exemplary are the level of detail that you can see in every corner and the very well written dialogues. The main story seems completely changed and motivates the player to game on by feeding him small bits of information at a time and presenting some major twists while maintaining a central theme in every chapter. Another good thing is that the smaller villages like Ardea play a bigger role in the first missions of the game. By bringing some context and additional pieces of information about the conflicts between the Orcs, rebels and Assassins and the gods Innos and Beliar the world gains much believability and has a much denser atmosphere. There are also many clues about the history of the cities and villages like Reddock and Cape Dun. Taking into account the long development it seems like the developers may pay a little bit toomuch attention to details and have lost the seamless playability out of their sight. The modification seems quite separated while the single parts work very well on their own. The transitions between them should be a little smoother. The development seems to have emerged from the small things to the big contexts, which is an explanation for the long development.

All in all you can state that the CSP is a modification that, like the main game, is a little too big andtoo much focussed on details. The important thing now is to bring the modification to a speedy conclusion and to fix the structural and technical errors. If the development continues in this direction the modification will come out in a very good condition and will help Gothic 3 to become the game it was meant to be. Story and atmosphere are already awesome.

NOTE: Because of organisational reasons it was only possible to test a version of the CSP thatwas round about one year old. The mentioned bugs were eliminated in the meantime and the access to the main story became easier.