One of the fan’s biggest points of critique on Gothic 3 was the way too thin story. The CSP made it its mission to change this to the better. But how does a story take shape? And what does the work of a story writer at the Community Story Team (CST) look like? With HerrFenrisWolf we asked one of our experienced members in this department for an interview and he agreed to answer this questions for you.

Hello HerrFenrisWolf, please introduce yourself to our readers. Where are you from, what do you do for a living, and what team in the CST are you a member of?

Hi, I’m HerrFenrisWolf but Fenris suffices. In real life I’m a student and a friendly rapscallion. In the CST I belong to the story writers, so my job is to be a creative type who comes up with characters, plots, quests and lore.

The project is going for some years now, but everything has a beginning. How and when did you join the CST?

I already joined the CST in the pre-team-phase, so I’m one of the founding fathers of this undertaking. When the idea of such a project evolved in the Gothic 3 editing section of the World of Gothic forum I was hooked at once. After the first reading it was only one good night’s sleep and I joined up.

I play mods. Does this suffice? No, of course not. I first found my way to the World of Gothic forum as I was playing some Gothic 2 mods and I joined because of the Gothic 3 editing section of the forum. Ever since I kept myself busy with the technical possibilities of Gothic 3 modding to develop a keen sense of what’s possible and what’s unrealistic. Beyond that I never familiarized myself with scripting, nonetheless I know pretty well what I can expect from our scripters.

As a story writer it’s your job that the story gets the attention that it deserves. Can you tell us what you’re working on right now?

Until recently I worked on the city concept of the Middle Lands. Now that I’m finished with that I do a diligent but routine piece of work by writing the quest log entries for quests from the original game. To write a quest log entry for an arena fight for the umpteenth time isn’t really exiting, but when it comes to some other quests I can be far more creative. Over all it balances itself out. 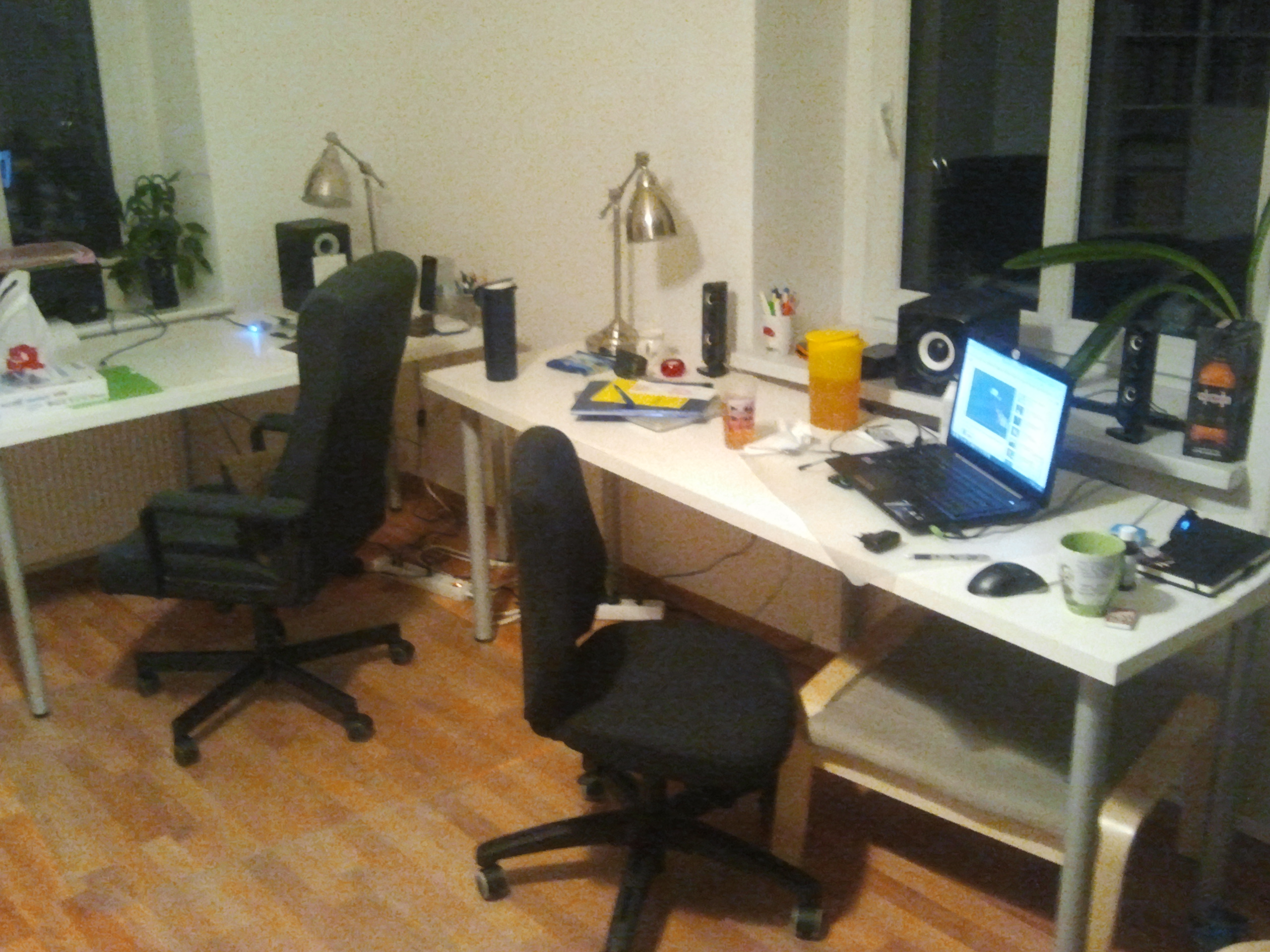 HOW DOES THE EPIC STORY OF THE CSP DEVELOP?

So all starts with you and your colleagues from the story team. How does the work in your department look like in general? How do we have to imagine your part of the work?

I sit in front of my screen, on the train, in the library, drive with the car or go for a walk and think about Gothic 3. Most of the time some ideas evolve and I write them down and talk with the others. If they like the idea I continue working on it. Once I’m finished with a complete concept, dialogues and quests with the correspondent protagonists it’s filed for some time. After my texts are revised at least two times and talked through they count as final and are implemented. Also I write short stories for some specials like the Christmas special or come up with topics for articles but of course that’s not my main objective, but something I like to do on the side. In addition to that I’m of some help with taking care of our community in our WoG thread. I especially look after the Russian fans.

All of the CST’s members come from said community. What are you looking for in someone who wants to contribute to your department? And how much time does your work consume?

If someone wants to work in my “department” he should have time, an imperturbable motivation and the skill to kick some asses to get the work done and the skill to get his or her ass kicked. However there have been no more open positions for story writers for quite some time now. This is a result of the huge amount of time it takes to familiarize someone with all the things that are already written. It would be devastating if a new writer uses all of his or her time for a field that’s already almost finished and messed up everything in favor of his ideas. You also have to remember that a writer doesn’t only need to know his own field but also those of the others so that there aren’t any incompatibilities between the different parts of the story.

As I’m part of the “first generation” of CST I already invested a lot of time in this project and grew with the project. In my function as a writer for fields of different sizes I shaped the background of the world, the factions, and the groups like Orcs, Myrtanian dark mages, the rangers, etc. and so I think you can safely say that I left my mark on this world.

But what would a blacksmith do without his hammer. What tools do you use to make your work easier?

Open Office, oxygen, shelves full of books, other computer games, films, music and a two-handed sword. Everything that inspires me and of course the writing tool to typewrite my ideas.

What has been the biggest problem in the development so far?

I think it’s to tell innovative stories and develop some fascinating quests beside the technical limitations of the restricted Gothic 3 modding. Also it’s quite some challenge to stay motivated all the time.

A LOT OF WORK A LOT OF TASKS AND ALREADY QUITE SOME TIME: THE CSP

The project is already running for some years. That could be a clue that the CSP is quite some mammoth project. Do you think the CST overextended itself on this project?

There’s no easy answer to this question, as the project didn’t get that big from one day to the other. Over the years the possibilities in Gothic modding extended and with them also the expectations of the team grew. First there was the simple idea of a recurrent theme in Gothic 3 and the better embedding of the three main factions. Over time ideas for the secondary factions, new factions, and city concepts emerged. This ideas massively raised the workload. I’m no helpless optimist for this project. Over the years some members of our team left for different reasons or simply didn’t give notice of themselves anymore. This is a phenomenon that shouldn’t be unheard of in other modding projects. I can understand some of this members. The CSP is a big project and I would be lying if I said: “This will definitely be done soon.” In fact I lost the overview how much work is left on the different fronts. Nonetheless I adamantly do my share of the work. There are some members of the team that announced that they would work on the project by themselves for however long it takes if the team would split up. I myself also thought about possible solutions if the project would come to nothing.

And did you come up with a solution?

The one thing I know is that I already spent so much time and poured my heart and soul in this project that it would be extremely painful to abandon it. That’s why I hope for the best and stolidly do my work.

But there aren’t only problems and weaknesses for sure. What’s the biggest strength of the CSP? What makes it different?

That it’s done by people you definitely can call Gothic fanatics. Fans who tried to develop a deeper understanding of the world during years of playing. Now they’re trying with a clear conscience to fill the main land of Gothic with more life, background, history and adventure than it ever had. As they’re doing this they try to take all the information about the main land up that we gathered in the predecessors.

What is the biggest difference between the CSP and all the other mod projects?

That’s easy: It’s for Gothic 3. The biggest difference to the few other Gothic 3 modifications is the sheer extent and demand.

Is there any new stuff in the CSP that you like in particular, regardless if it’s from your work or from any other team member?

Of course, but I don’t want to blab too much.

The release of Gothic 3 was 8 years ago and the CSP has already some years on its back, too. What is it that motivates the team after so many years of development to continue?

I have no Idea. Heart’s blood? Pure stubbornness?

What is your personal Motivation? What goals do you have for the CSP?

I wanted to participate in the creation of Gothic 3, a better Gothic 3, the Gothic 3 I dreamed about. And if the team continuous to implement my ideas I will succeed with that.

Is there any contribution of yours that you’re particular proud of?

Of course, but not only one. I like to read stuff I wrote half an eternity ago. If I still like them today, I’m certain that it’s really good.

Speaking of good. What fascinates you about the Gothic games?

Everything, but this is only half the truth. In fact it’s very difficult to tell what one thing or what particular mixture fascinates me the most. 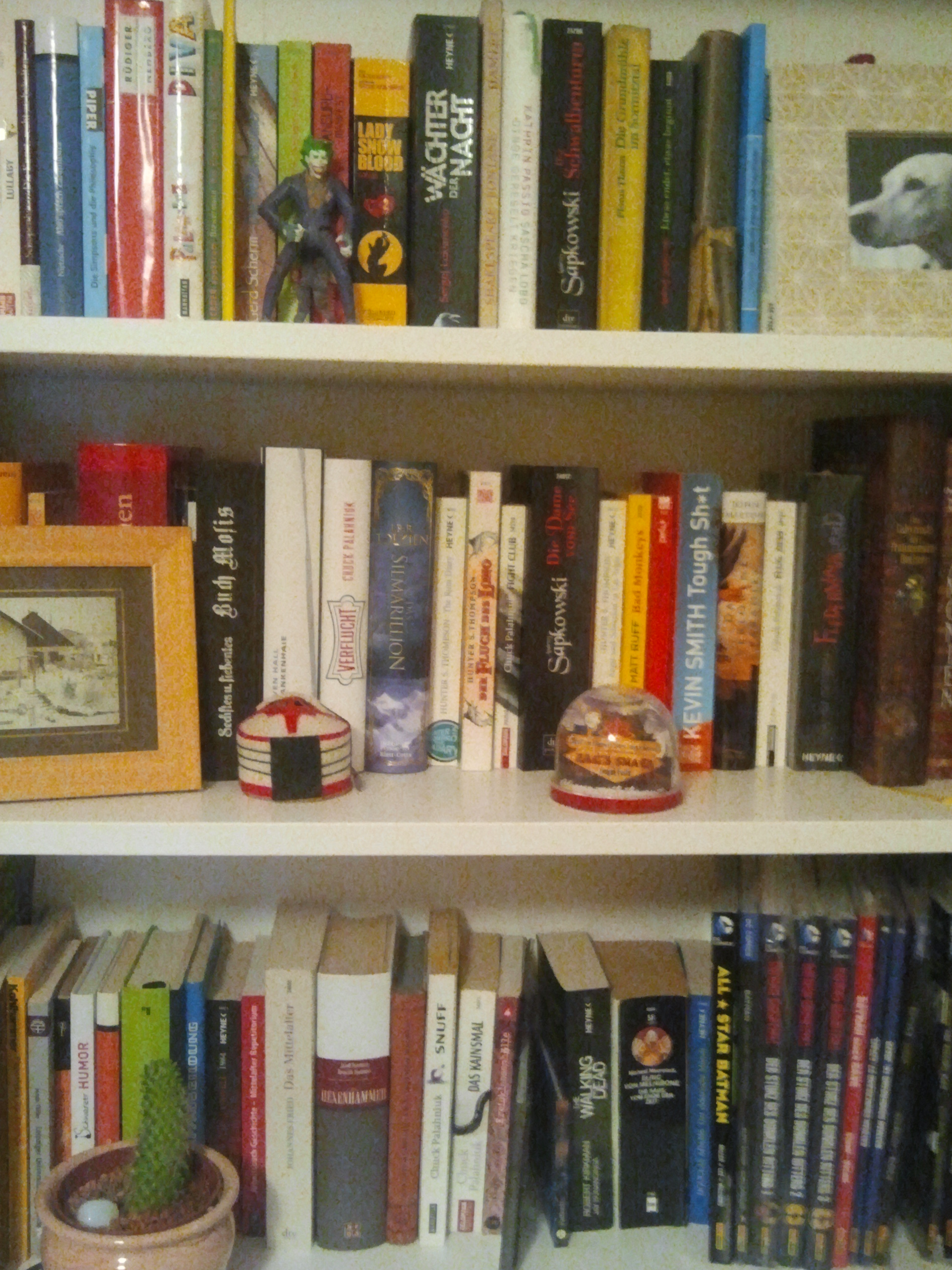 As we’re nearing the finish line we pick up some speed. We’ll ask short questions and you answer without thinking just as concise. Let’s go:

Your most favorite character?

Your most favorite quest?

A big gothic fan donates you 500,000€ for the implementation of a feature of your choice. Which one do you choose?

Will the CSP ever be finished?

It better should be…..

And that’s it. Thank you for the interview and the insights in your work.