An armor arises – a commentary on the art design

Today we would like to present another new armor to you. But this time we will not leave it at the mere screenshot but we will give you an insight into the history behind it.

The normal way: The order

Usually there is an order for some kind of new graphics in our internal web forum and the orderer specifies the guidelines how he imagines the solution as a rough estimate. So the normal way is a contract work.

A work without order is an exception, as there are normally enough orders awaiting completion. The armor we’ll show you today is such an exception as it was developed without any order. In the end our team liked the work so much that it was implemented in the game nonetheless.

Reasons and motivation for the creation of the leather harness.

I had the idea for the leather harness as I noticed that there are very few faction neutral armors for the player. Given that NPCs act hostile if you wear an armor of an opposing faction in our mod there was the need for another neutral armor. This armor, unlike the peasant or leather armor, shouldn’t be available right from the start but only later on in the game. In return it should look considerably more rugged.

Art work as a draft and guideline

After I decided to create a new armor I asked myself how this armor should look like. As I had no specific order I had to use my creativity. For this purpose I created an art work as a first draft and guideline. The starting point was the starting armor from Forsaken Gods which already was adapted by one of our capable technicians. You may notice the removed belt and pouches.

I decided to create a functional and rugged armor. The main component is leather but the armor is reinforced with metal and chain mail in various places. The result was this draft: 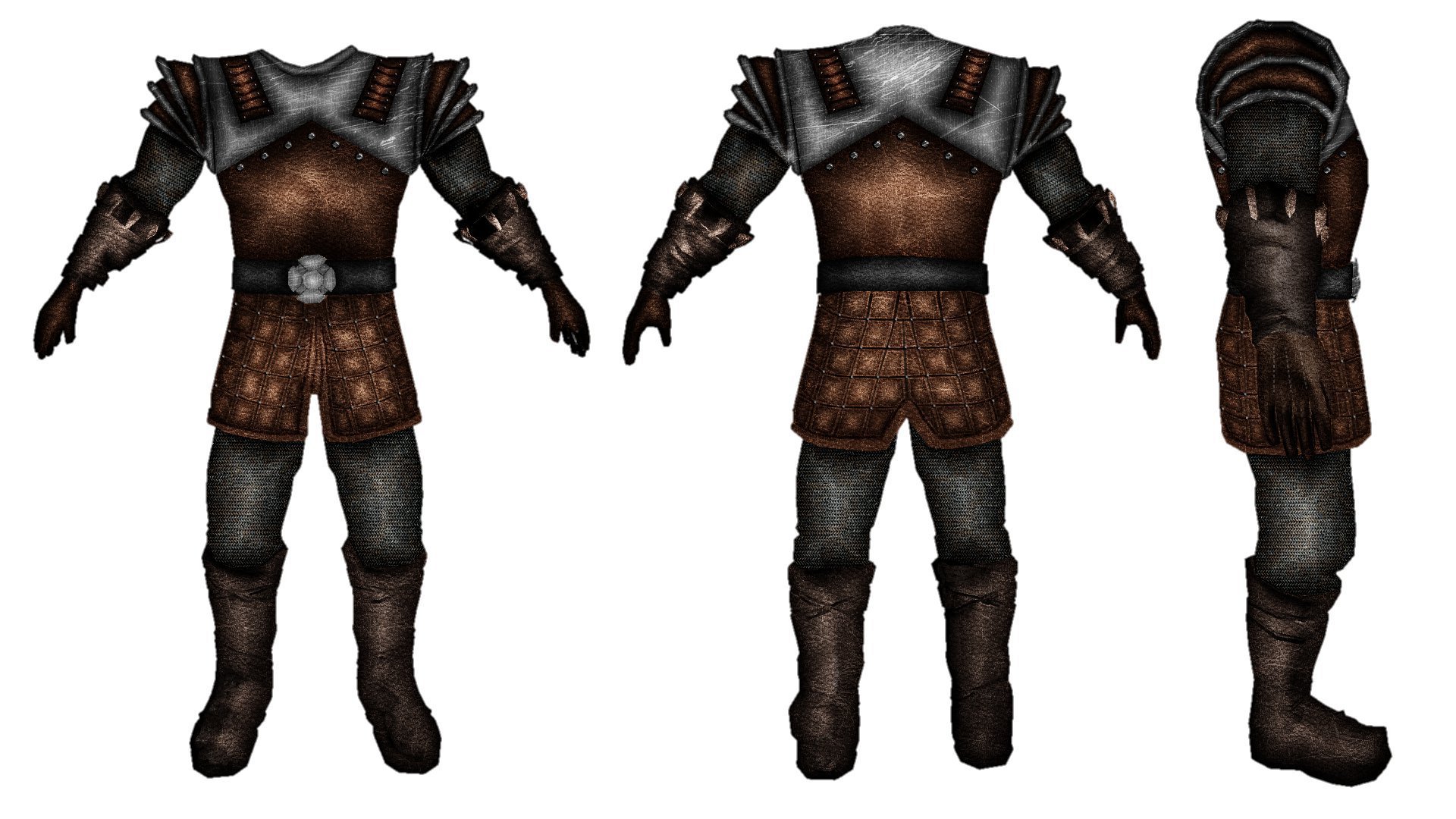 With the front, back and side view I had a good model to transfer the draft on the texture.

Elaboration of the textures

What followed was the main task. The creation of the texture. While the art work provided a basic understanding how the different parts of the texture should look like, I decided to deviate from the model in some details. For example I added another metal rivet at the shoulder pads to create a little more variety. On the gloves however I decided to carve out the seams a little bit more. The biggest difference are the clearly visible abrasions. Since the first game it has been a typical Gothic characteristic that armors don’t look bright and new but used by time and war. Creating the chain mail was a little bit more work, as there was no texture in the game that could be used as a model, so I had to create a completely new one. For that task I had to consider how a chain mail is constructed: How exactly are the single rings connected to each other? 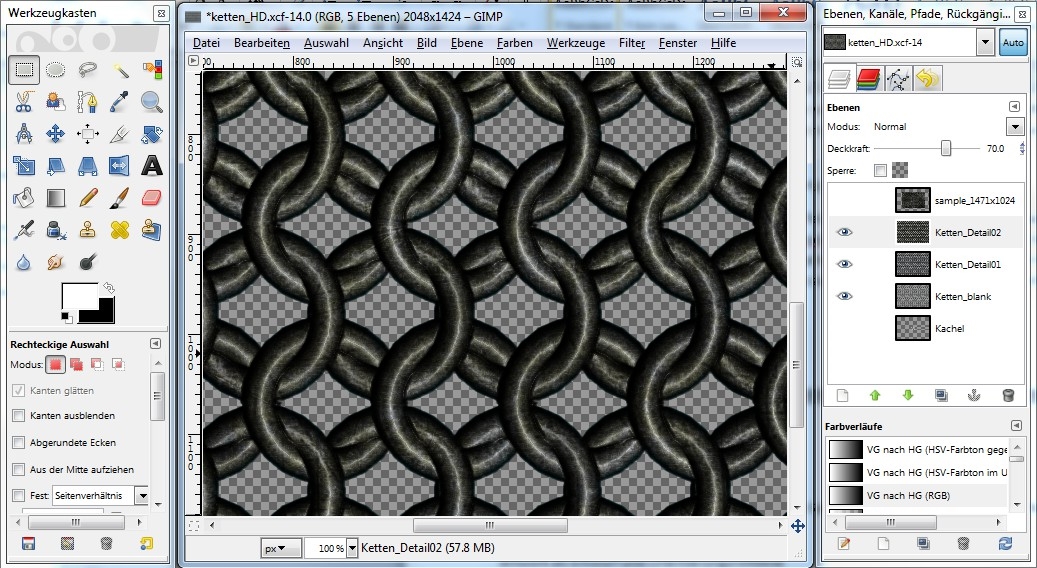 But the work wasn’t in vain, because many other of our armors could profit from this chain texture.

Being finished and satisfied with this texture I had to create to more textures: a normal-map and a specular-map. The first one is responsible for the composition of the surface and the second one is liable for the reflections. For example metal should be far more shiny than leather. After completing the job the textures looked like this:

And this is how the final result looks in game:

After the graphic conversion the armor was implemented into the game. Even the art work has still a right to exist as it is used as the icon of the leather harness.

I’m hoping you enjoyed the insight in our daily working routine!