Christmas was just a few months ago, but it is already Easter. Time runs if one is busy. For many of us the audit period just ended and, of course, during it, one is not able to get many things done regarding the CSP. But with the hopefully soon beginning spring also the work starts to pick up the pace again. The Storywriter are working on the Rebels and Orcs, correcting each other’s stories or create together a thrilling detective quest.
In the meantime the Scripters make the ideas of the Writers become reality and fix the bugs the QA guys tracked down.
Still there is much left to do, however we stick to it. This Easter we have for you a short story, this time about the brave men in Reddock. But that is not everything: To show you again that we take your opinion seriously, we listen to your wishes and started reworking the Paladinsword. Our 3D-Artist controlled used for this purpose the sword on a old Gothic 2 poster as model. His work is not yet finished and neither the texture, but we want to present you the new mesh anyways and hope you like it better than the last attempt.

The lads of Reddock

“Get up, lad. Hurry up! You ain´t made out of cotton! You can take it!”
The shouts of instructor Norris slowly made their way to Joey’s mind.
“Get up! That was nothing! Get back on your feet!”
The instructions of the old man resounded in his skull.
Troubled the kneeling one rose to his feet, stretching them. Pain crawled in waves through his entire body. Copper had knocked him to the ground with his last savage blow. Joey staggered a little bit, shaking his head, and where seconds ago distortive fogs had lingered, he could see clearly again. In front of him pranced Copper, wielding sword and shield like him, this fly bastard. Recalling Norris’ instructions, the young rebel prepared himself for the counter-charge. First reduce the distance to the enemy, parry attacks with the shield, forcing the enemy into an undefended position to hit hard by yourself. It couldn´t be that hard to execute those three steps. Copper had also managed it a moment ago.
Joey jumped forward, got perilous close to Copper, caught his heavy blow with his shield, but hit only the shield of his enemy, too. But the lad was not about to give in yet. A feint then. He feinted a slash at Copper’s legs who lowered his shield, but Joey drove his own shield right in his opponent’s surprised mug. For a short moment he saw his eyes become glassy. Joey turned now, hitting his enemy’s weapon hand with his pommel whilst he threw himself with his shoulder against the man who lost his balance. Copper dropped disarmed on the soil of the small, improvised arena.
“Yeah, knew you´re not made out of cotton, lad!” Norris shouted. The surrounding men rushed into the ring to help Copper get back on his feet and to congratulate Joey. The old instructor sought him out, gave him a pat on the back and said: “You went right for the chap in the end, like one of those Northmarian savages. Rude technique, but effective. I´ll turn you into a real fighter, lad. You truly earned your soldier armor after this fight.” He waved his hand at a bunch nearby him and told Joey to get some booze first, to cool his heated temper. The young rebel was yet still under tension, he took a deep breath, sweat trickling down his forehead. Well, he had earned his prize in the fight: He had proven himself worthy of wearing the armor of the royal soldiers. There were not many left of these and quite a few refugees here in Reddock had to fight in rags. Norris was choosing very strictly who of the freshmen was worthy and who was not. From now on Joey was a true rebel, with no opportunity to back away.
Norris though turned away from the events in the ring, walked over to Javier´s little hut on the edge of the mine shaft.
“Our boys are getting better slowly “, he said towards the paladin: “Right now they may be nothing more than a bunch of cutpurses, but with a little bit of time I shall turn them into a squad of royal soldiers.”
“A squad without arming”, Javier returned. “We barely have enough sufficient equipment right now to withstand against those creatures in the caves. Better don’t even think about those orcs in Cape Dun. Even if you make these peasants into soldiers, their scythes won´t turn into swords and their tatters not into armors.”
“Aye, an ill thing that whole story about the smith. Damn, I´ve even sent one of those lumberjacks from above to the anvil. When I told him he had fashioned a quite decent frying pan, he dropped the hammer into the muck and none could find that damned thing again. He´s back on his old job.” Norris spat.
“The whole situation is desperate. It won´t be long until the orcs get to know about this place. The only thing we can do if this happens is to retreat or to strike immediately against Cape Dun. It would be suicide.”
“May I speak openly?”, the old man asked, but continued talking, because he knew Javier well and that he was allowed to do so: “I was born, raised and had family on this very coast. It is my home and I will not yield it to these damned feltpelts which thought they needed a little vacation and decided to march down from their nordic velds!”
“Acknowledged”, Javier answered, cracking a sad smile:”I`m feeling quite similar. Everybody around here most likely knows how desperate our situation is, nonetheless we all endure, together. Oh, and our contact in Cape Dun sent word. The talk is, that the Orcs purchased a paladin from one of the slave hunters, threw him straight into the lighthouse, of course. Maybe this will yield us an opportunity eventually. But right now we can only hope for a miracle.”
“Miracles, miracles are sent by the gods. But it happens that they didn´t show up here on this coast for quite a while. Instead we here know the wind and how he´s and I tell you, Javier… something is happening!”

The new version of the Paladin sword you can inspect here: 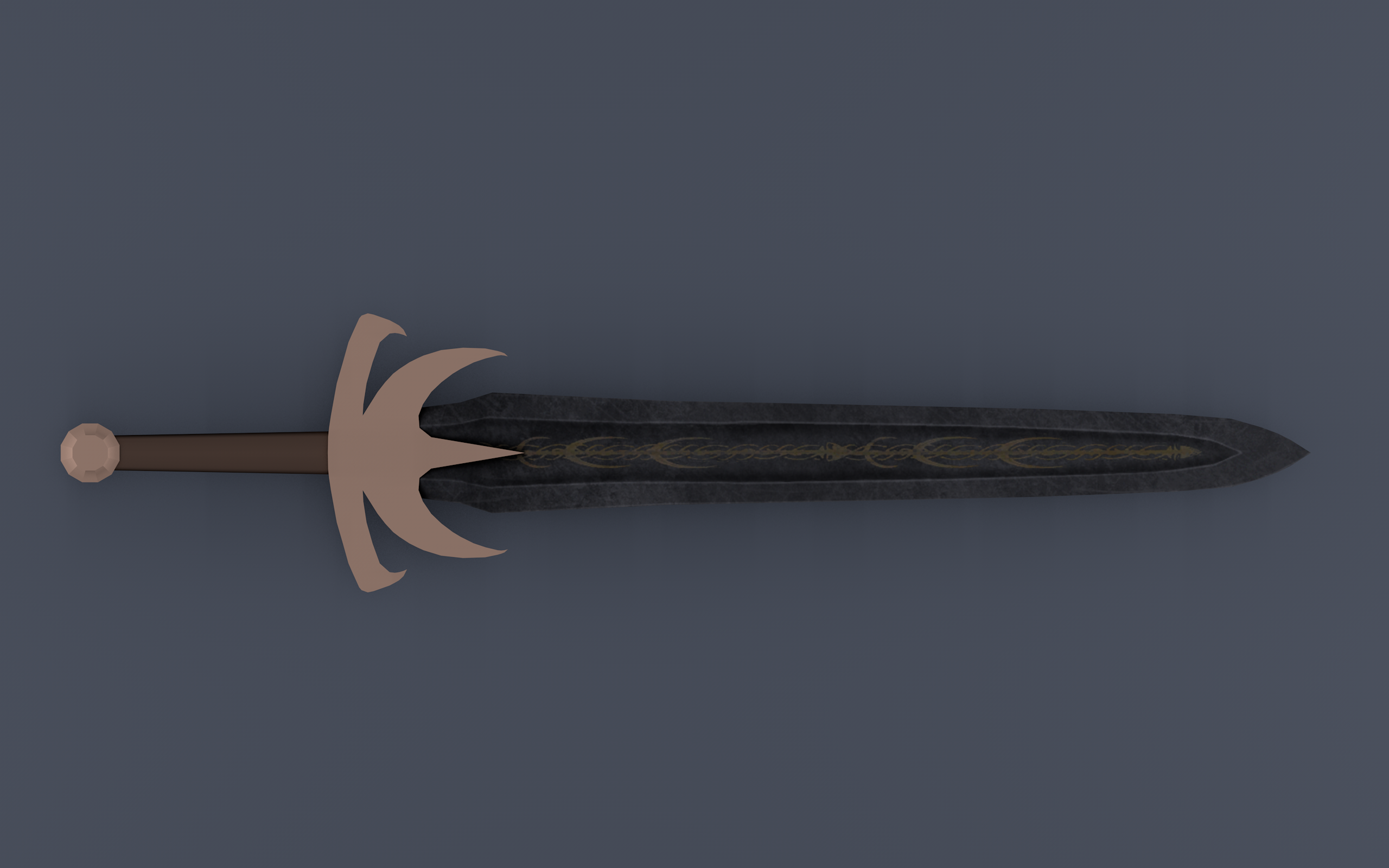