The bandits in Gothic 3 are little more than mere cannon fodder and there is not much that distinguishes them from all the other monsters. We will obviously not completely change that, as bandits are the kind of folk that ambush and kill people and are not up for a nice chat all the time. Nonetheless, you will be able to talk to some of them and even cooperate with them. A whole series of bandit-quests awaits the clever player.

Therefore, we naturally had to give them more attention than PB had. We were especially upset about their armour, not just because they – much like the rebel and mercenary armour – use the same mesh with a different texture, but also because we thought it quite strange that bandits are wearing any kind of uniform.

Of course, we can’t give every bandit an individual armour, but we still wanted to tackle the problem. Most importantly, we wanted the armours to look like they had been patched up from different captured pieces and been used for a very long time.

These are screenshots of the old and the new light bandit armours: 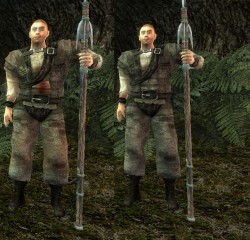 A picture of the new medium bandit armour: 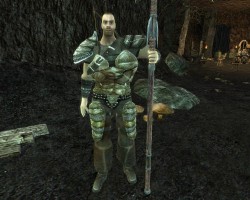 And lastly a screenshot of the new heavy bandit armour, that was not only retextured, but also got its very own new mesh: 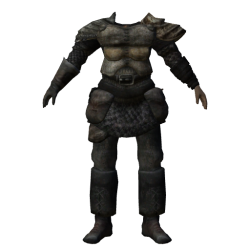